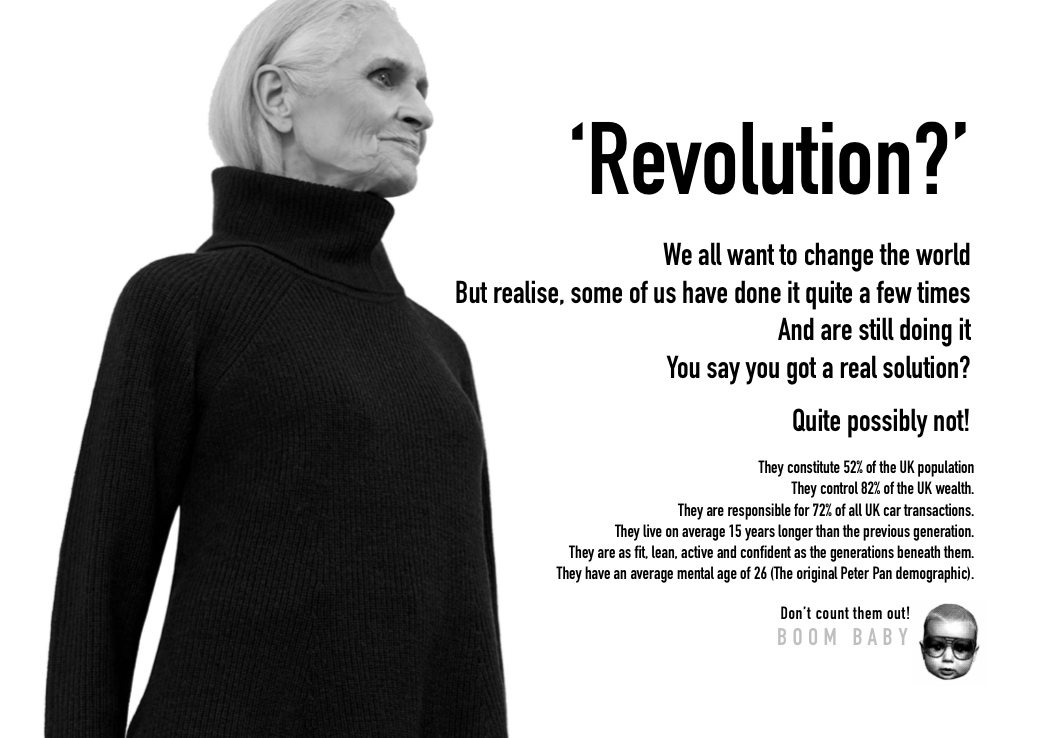 We don’t want to change the world. But the world wants to change anyway. The difference today is that we don’t seem content to let the world change at its own pace, We have to hurry and rush. The big buzzword is Disruption, but that’s only a good idea if you have something to replace whatever your disrupting. Otherwise you’re left with an echoing void.

The Boomers revolted against the way things were, but at least they had proposals to replace the status quo with something better, or at least different. Destruction for the sake of it is also called vandalism. “Just because you can, doesn’t mean you should.” Revolution is what the boomers wanted. And they got it. Now it’s time for another revolution, but one that takes things back to the way it was before.